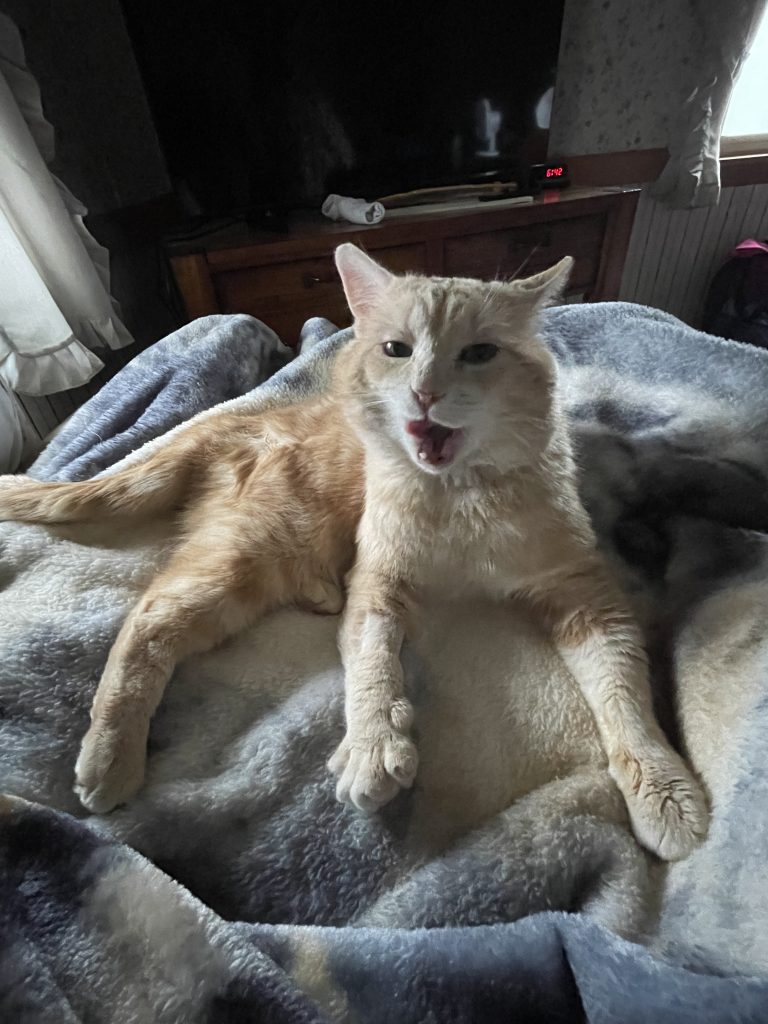 Here is a happy tail from a very special boy, Jerome! Jerome is FIV+ and needed extensive dental work done, but now he’s fully recovered and in his forever home with a family that loves him. They say he has made himself right at home, and he looks like he’s enjoying himself and whatever treats […] 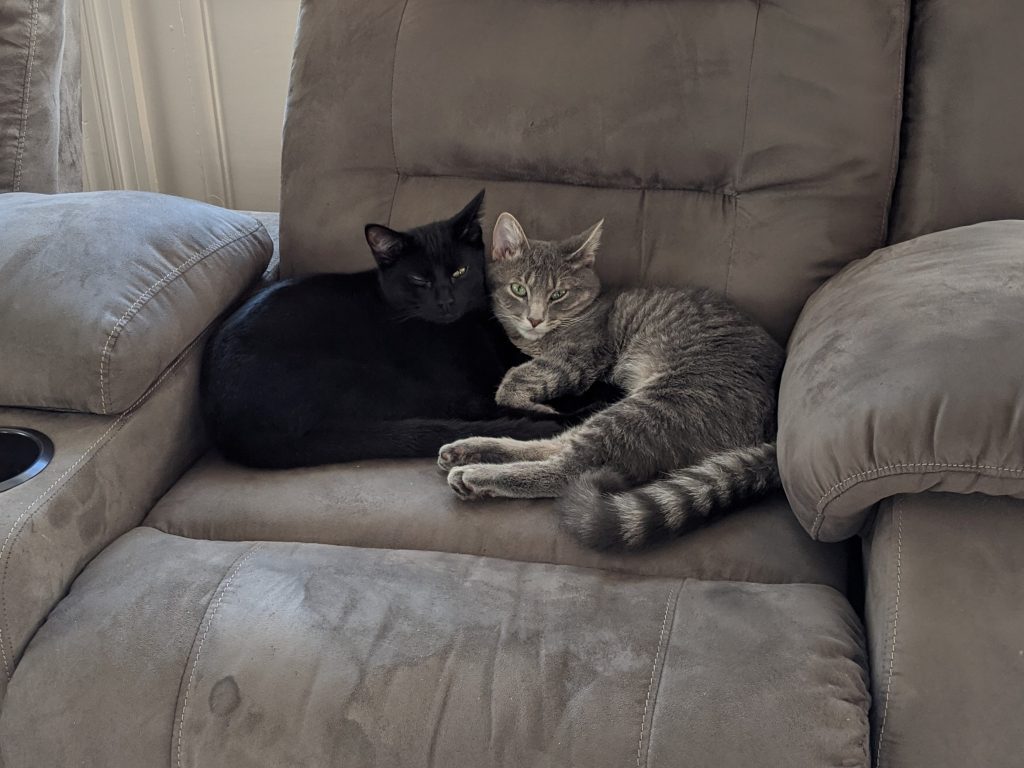 What better way to spend #caturday than with a happy tail from some of our SPCA alums?? Today’s update comes from Fuzzy and Sechs (pronounced Zechs, aka Zechsy Man in his family). Both kittens started out as feral or semi-feral babies (different litters), but they spent much of their early kittenhood here at the SPCA […] 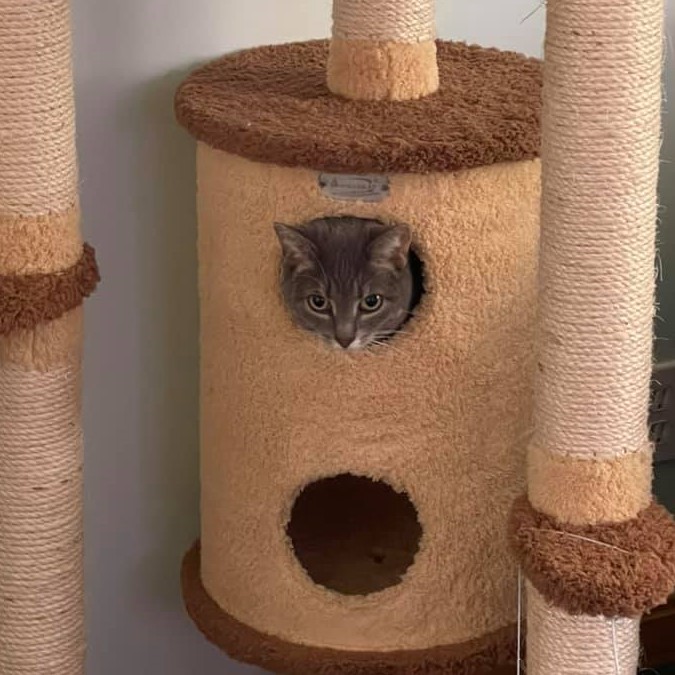 Silas sent us a quick update to say he loves his new digs. We think he’s a bit of a silly boy but he sure is cute and happy in his new home! Happy tails, Silas, and thanks for the adorable photo update! 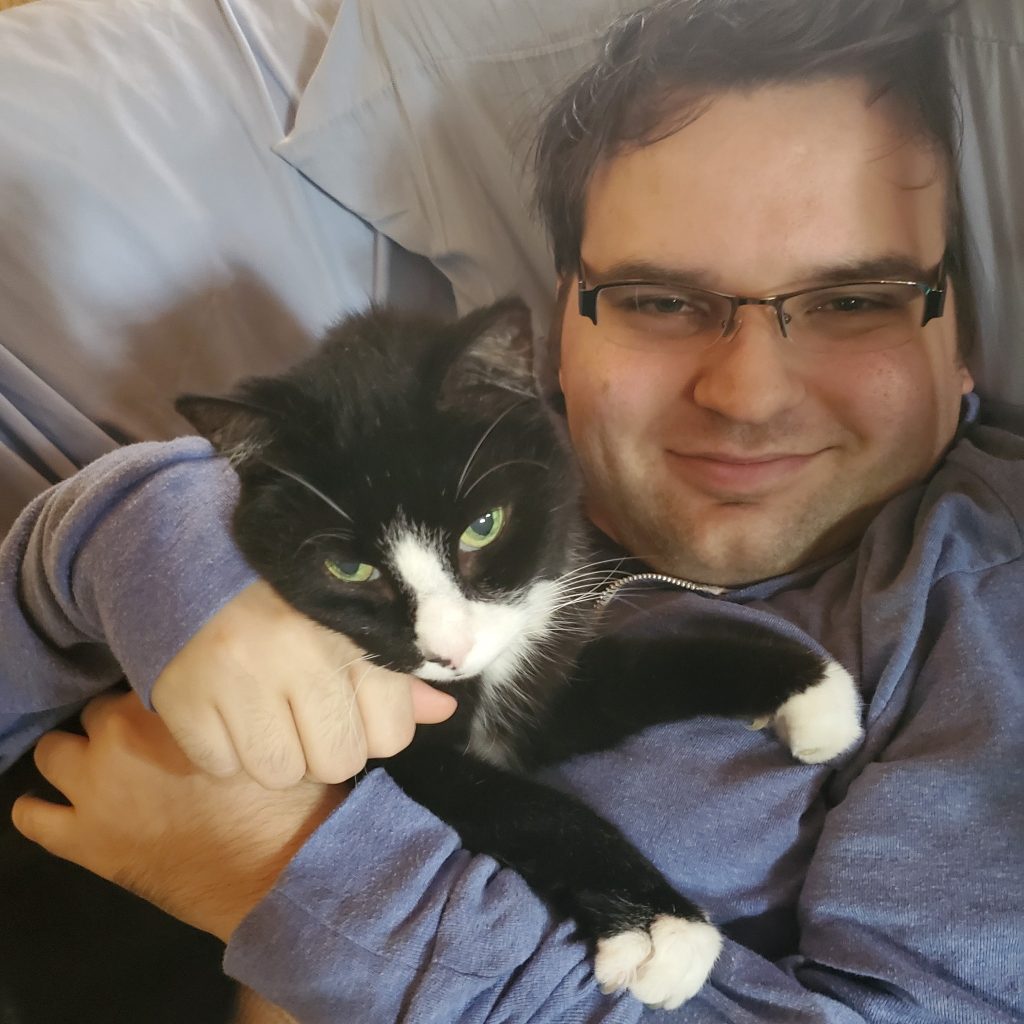 Bob and Dave, happy as can be 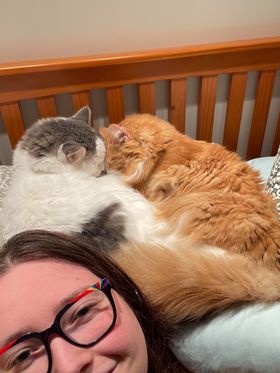 One year later – from feral to lap cats In the summer of 2020, we rescued a dozen cats that ended up being far more feral than originally described to us. When you bring feral cats into an indoor setting, it can lead to unique challenges … but sometimes it turns out they’re not that […]